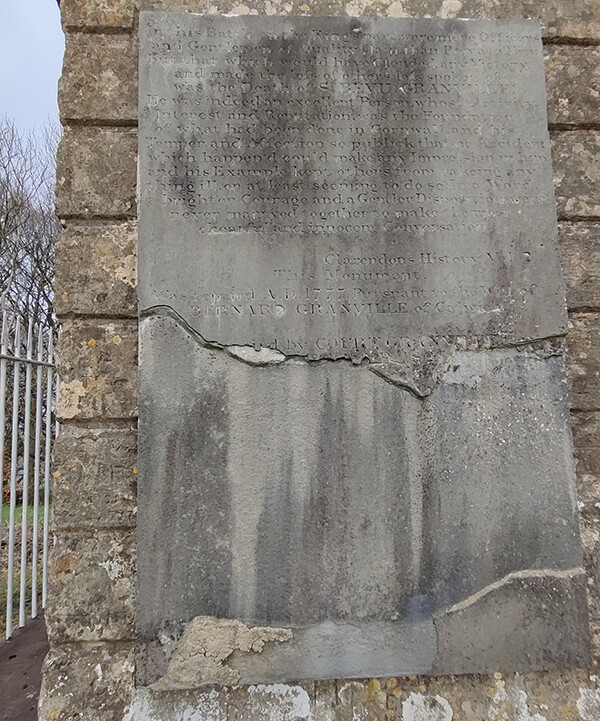 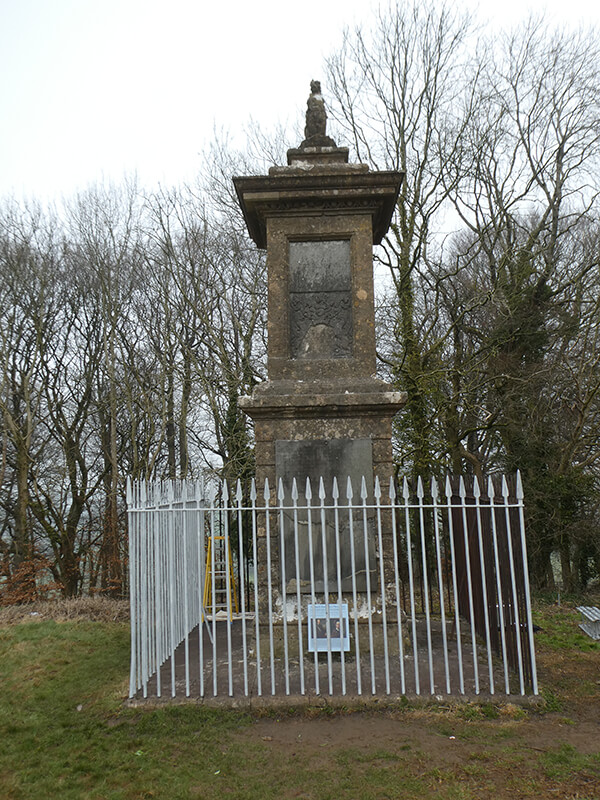 Exposed 18th century monument constructed from Bath stone, Pennant stone and Blue lias. This has complex issues of weathering, poor design and repeated repair. In particular the condition of the Blue Lias inscription panels was causing concern; despite these being renewed in the 19th century and repaired on a number of occasions in the 20th century, decay was continuing. The condition survey used evidence from photographic and written records to better understand the nature and rate of decay.